Publications from the past: Palindromic Sequence for Artlicks (2015)

January 18, 2020
When we did this project we were not really sharing on here that often...

Heres a link to the short publication which member Sadie Edginton made, with other members artworks, and online PDF is here: AltMFA Palindromic Sequence Booklet (2015)
For artlicks festival weekend in 2015 we created a performative walking tour, a 'live map' of the Thames. There were 14 artists involved, staging works along the route between Bermondsey Tube. Following a network of streets, towards the river, along parts of the riverbank and then through paths and narrow cobbled streets east down the river towards Rotherhithe, ending at the May Flower pub.

We were looking at how different members produced a map of the performance walk, or some kind of interpretation or text and them beforehand, with a guide to the artworks along the route also being inside this map publication. These were handed out at the station and along the route. Members in the publication were Louise, Rebecca, Alex, Sadie, Amy, Eldi. Put together by Sadie Edginton (2015) other members performing and showing works were Paula, Asher, Fritha, Benjamin, Maru and Shinji. 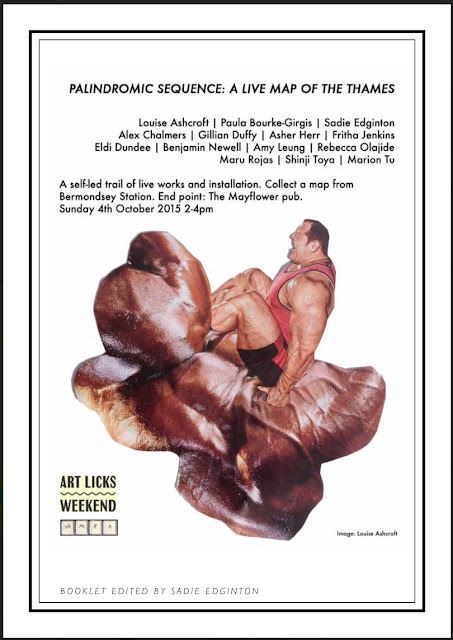 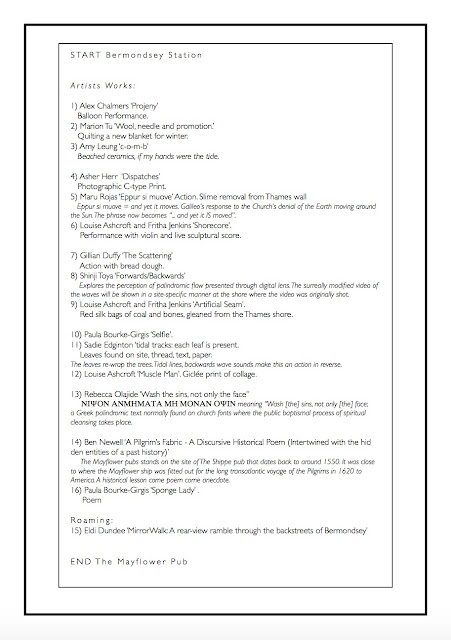 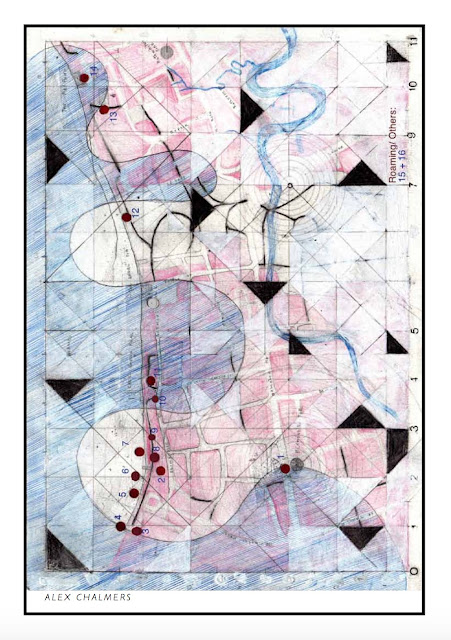 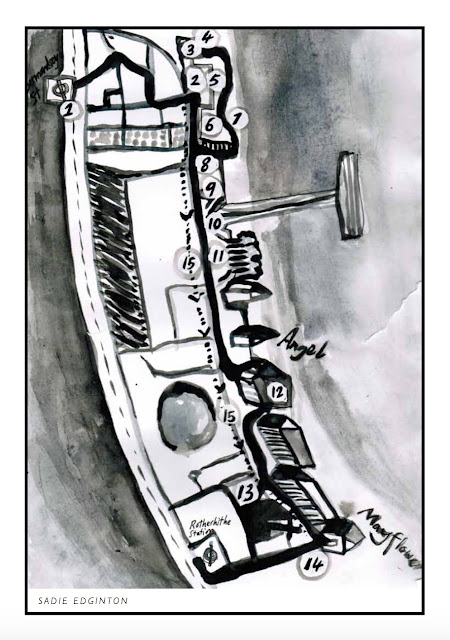 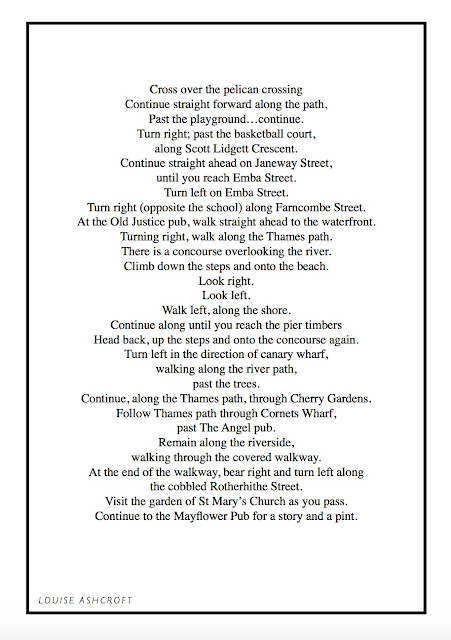 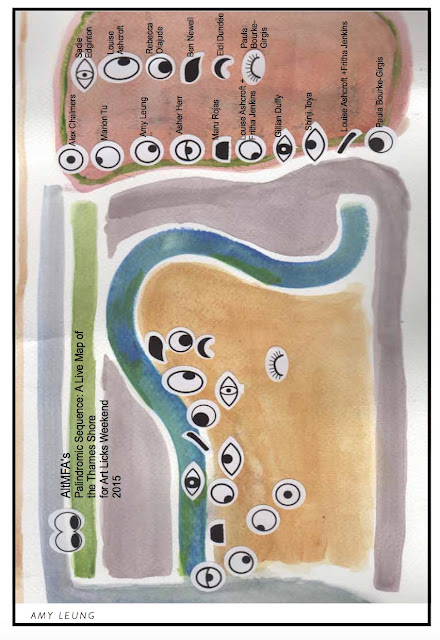 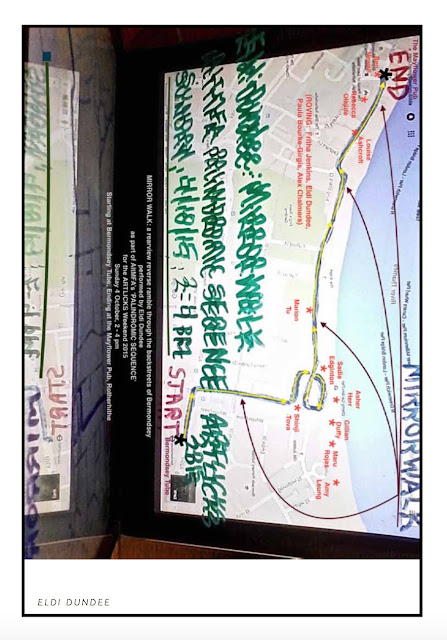 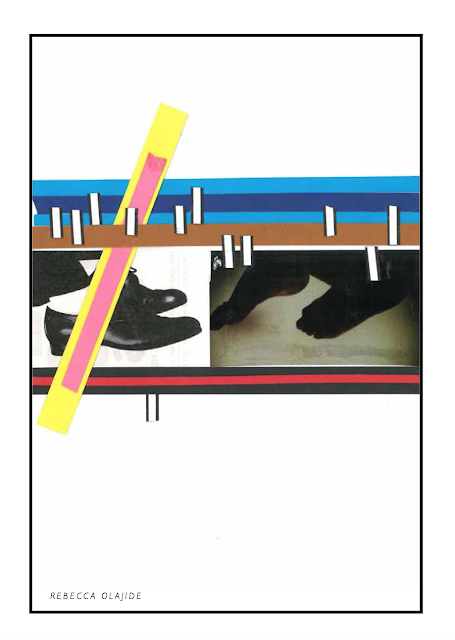 Palindromic Sequence : A live Map of the Thames Shore

What? This year for Art Licks Weekend, join AltMFA for our third annual psycho-geographical adventure.
Collect your map from Bermondsey Station between 2-4pm to find durational performances, actions and site specific pieces along the Thames foreshore at low tide. Narratives, objects and actions will arise from mud, concrete and cul-de-sacs. 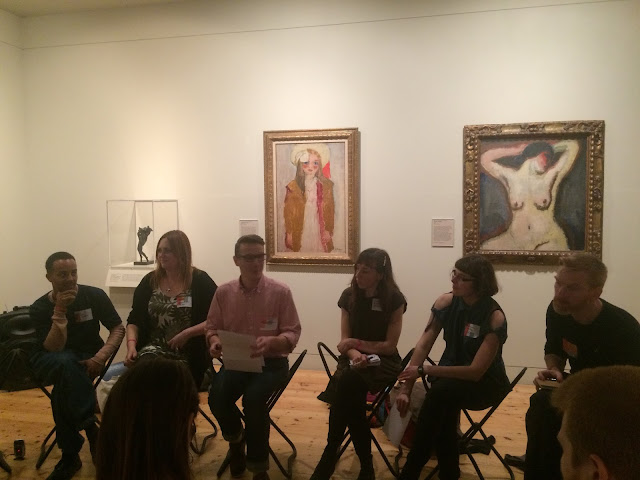 On March 15th we were invited to debate the current state of arts education at Res|Fest at the Courtauld Institute in central London.


On the panel with Russell Martin from Artquest, Jane Sillis from Engage, Kathryn Welford from Yorkshire Sculpture Park, Paul Maheke, artist and ex-OSE associate, Emma Edmondson, TOMA in Southend, Alan Magee, artist and lecturer and Sadie Edginton and Nathania Hartley from AltMFA. Thanks to Jessica Akerman at The Courtauld for inviting us. 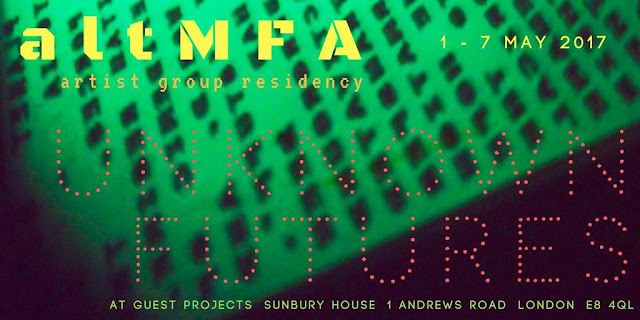 Come and join Alt MFA in the launch of our future programme supported by a-n funding, with some events at Guest Projects this May.

Our first event of the week will be an Open Meeting on Tuesday 2nd May at 6:30pm

Bring an object, text, image or idea related to the theme - be it something by someone you've found to be provoking or inspiring or something from your own practice.

You might also want to bring a miniature artwork (could be a text, a drawing, painting, photograph, print, sculpture, assemblage, readymade, etc) for inclusion in the Small House Gallery at Guest Projects miniature exhibition in a dolls house. The miniature show will be selected by Eldi Dundee as part of her ongoing curation project that is Small House Gallery. Further info (and dimensions)https://smallhousegallery.wordpress.com/2016/12/13/open-call/

No need to book for the Open Meeting, just turn up and ring the bell that says Guest Projects. 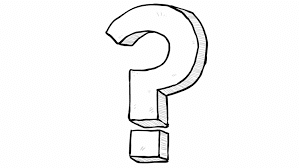 Research Questions and Answers by AltMFA in 2019
Researchers always email us and ask us lots of questions, so we thought we'd put this out there online, as somewhere to point people towards. So have a gander!
In February 2019 we were asked these questions: (Answers by AltMFA member Nick Brown)
How often did you meet and what is the duration of the course? The group has weekly meetings (Monday evenings, approx. 2 hours) but sometimes there are periods of more intense activity for exhibitions or lulls when other commitments intervene. The duration is deliberately open ended and participants attend for as long or as little as they like.
What is the content of the course and how is it delivered, I.E. student led, guest tutors etc It’s a non-hierarchical, self-organised model focused on peer learning so the course content is entirely student led. We’ve often had invited guests in to lead a session such as a talk or workshop and have occasionally had funding to make this into a more structured…